Why is tennis known as aristocratic sports?

Why is tennis known as aristocratic sports?

Tennis is called the aristocratic sport because tennis is a traditional competitive royalty sport that originated in France. The game is very focused on the etiquette of both sides of the game. Whether it is equipment, clothing, judgment, skills, there are many. Pay attention to, the early evaluation of a player’s pros and cons even include his batting posture, body shape, manners and so on. All requirements except “sports competition” are higher than other sports. 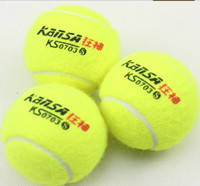 The most primitive form of tennis is called Real Tennis. Most historians believe that this movement originated from a game in the 12th century in northern France where missionaries hit the ball in the church corridor. In the middle of the 14th century, a French poet introduced this ball game to the French court as a pastime for the royal family. At that time, playing this kind of game, the venue was the hall in the court. There was no net and no racket. The ball was rolled into a circle and tied with a rope. In the middle of the field, a rope is used as the boundary. Using both hands as rackets, the ball is thrown away from the rope. French is called Tenez, and English is called “Take it! Play”, which means: “Catch! Throw in the past”. Today, the term “Tennis” comes from this. In the 16th century, a wooden racket was used instead of two hands. The original tennis ball was made only from two hemispheres filled with grass, leaves or hair. Later, with the continuous development of tennis, the ball was made more and more elaborate.