The extensive development of tennis and the increasing frequency of competitions, of course, are not possible without uniform rules. So in 1876, representatives from famous tennis clubs in some areas gathered to study and discuss the development of a uniform tennis rule across the UK. After many rounds of negotiations, representatives of the parties finally reached a consensus on the venues, equipment, styles, and competitions of the tennis team and formed a unified rule. After about 1878, most tennis clubs in the UK gradually carried out activities, training, and competitions in accordance with the new style of play.

In 1874, the American lady Mary Oxbridge, who was on vacation in Bermuda, was interested in the sport after watching the tennis match of the British officers, so she brought tennis rules, racquets, and tennis to New York. In the United States, tennis was first carried out in schools in the east and soon spread to the central and western regions, which became popular throughout the United States. At this time, tennis has evolved from grass to play on sand, concrete, and asphalt, so the name “Tennis” has gradually replaced the name of “lawn tennis”. This is us. The origin of the name of Tennis today.

In the early days of modern tennis, women were often excluded, on the grounds that tennis was not suitable for women. At the same time, women’s participation in tennis is considered to be insulting. Therefore, early tennis competitions only had men’s singles and doubles, and there was no women’s tennis. However, some female players not only dare to break through public opinion and family obstruction but also have more technical skills than male players. In some informal singles competitions, there are often cases where one player is a male player and the other is a female player. This forced some tennis clubs to break the ban and allow women to participate in the campaign. So from 1879, the men’s and women’s mixed doubles competition was born, which is the result of women’s own struggle. 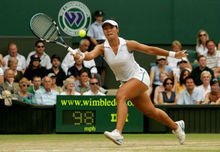 In 1881, the first national tennis association in the world, the National Grassland Tennis Association of the United States (the “National” word was canceled in 1920). The association held the first American grass tennis men’s singles and men’s doubles tournament in Newport Harbor, Rhode Island from August 31 to September 3, and adopted the rules of Wimbledon. people.

Dwight, president of the National Grassland Association, and Sears, the American men’s singles champion, were also the first overseas athletes to participate in the Wimbledon Championship.

In 1887, the American Lawn Tennis Women’s Singles Championship was held. Women’s doubles and mixed doubles began in 1890 and 1892 respectively.

In 1891, France held the men’s singles and men’s doubles tournament for the first time. Participants were limited to French citizens and women’s singles began in 1897. 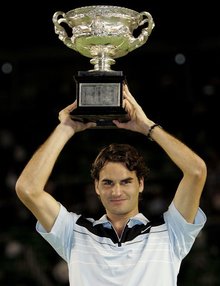 In 1900, the 21-year-old American tennis player Davis, in order to promote the development of modern tennis, donated a gold-lined sterling silver scorpion called the Davis Cup. It later became the permanent mobile trophy for the most prestigious men’s team championships in the international tennis arena. The name of the champion team and the team members are engraved on the cup every year. When the name was engraved in 1920, Davis donated a padded box and added two more trays. 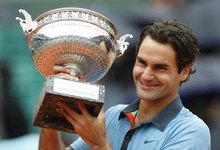 In 1919, the lottery adopted the “seed” system. In 1927, the UK created the first seamless tennis ball to speed up the ball. From 1945 to the 1960s, tennis became more professional. In 1963, the women’s team competition – the Confederation Cup – was held. In 1968 Wimbledon first implemented a system that did not distinguish between amateurs and professional players. In 1972, the International Men’s Professional Tennis Players Association was established. In 1973, the International Women’s Tennis Association was established.

At the 1st modern Olympic Games in Athens in 1896, tennis men’s singles and doubles were listed as official competitions. Later, due to differences between the International Olympic Committee and the International Tennis Federation on the issue of “amateur athletes”, the seven consecutive Olympic tennis tournaments have been canceled. It was not until the 1984 Los Angeles Olympics that tennis was listed as a performance project. At the Seoul Olympics in 1988, tennis was re-listed as an official event.